After a cancer diagnosis at 30 ‘shook her world’ this P.E.I. woman wants to spread hope 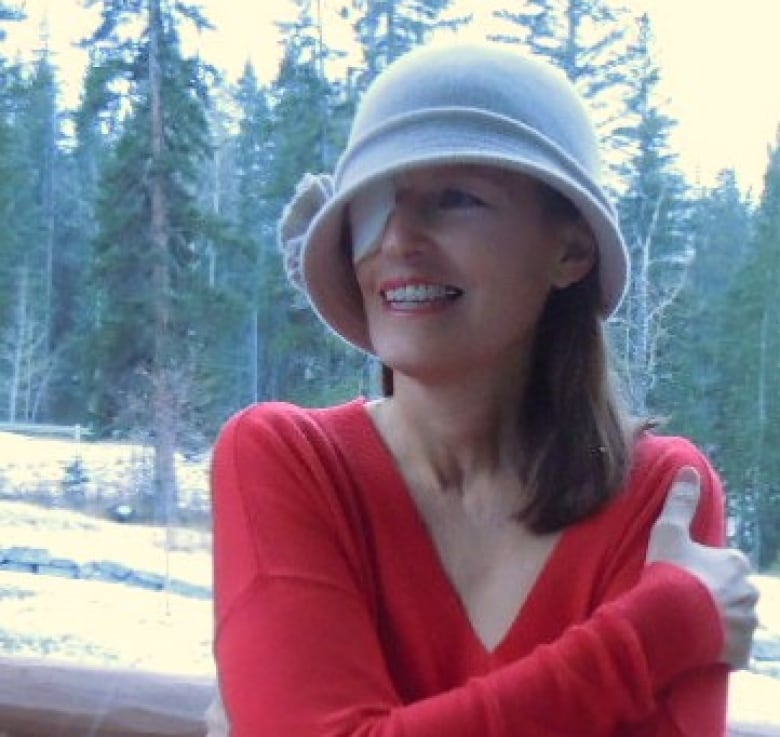 P.E.I. native Michelle Fuller was first diagnosed with cancer in 1999 at the age of 30, when she had surgery to remove her right eye, her cheekbone and part of the roof of her mouth.

Fuller has had more surgeries and treatments for cancer since, yet she lives with hope and is telling her story in a new book, A Fuller Life, written by Sue Anne Linde.

I could give back to a community that had helped me and it gave me a sense of purpose.— Michelle Fuller

“It just shook my world — I was just in shock,” she told Mainstreet P.E.I. host Matt Rainnie, of her initial diagnosis. She had been a fit, outgoing, healthy 30-year-old. “When you go through something like that there’s nothing really to prepare you for what’s about to happen. So I just went through it day by day.”

Fuller, who now lives in Canmore, Alta., credits support from her husband, her family, and friends back home in P.E.I. for helping her cope.

She said she also found inspiration in the story of Terry Fox, whom she met when she was 11 years old and a student at Eliot River Elementary School in Cornwall. 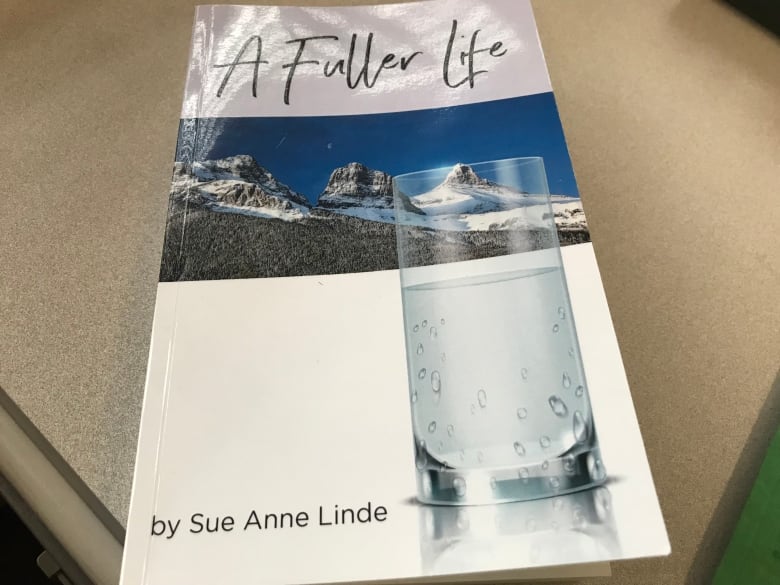 ‘I’m just grateful for every moment that I have,’ says Fuller. (Submitted by Michelle Fuller)

“He came to our school to speak, and I was chosen out of our school to present him with the money that we raised,” she recalled. “But I didn’t really realize the significance of that until after I fought my own battle with cancer.”

Fuller said she went through a period where she was depressed and trying to figure out her new place in the world.

“That’s when I realized that giving back would be a good way to identify myself and do something positive, and that’s when I thought about the Terry Fox Foundation,” she said.

“It meant I could give back to a community that had helped me and it gave me a sense of purpose and I really got a lot out of that,” she said.

Now, Fuller is a spokesperson for the foundation and the annual fundraising Terry Fox runs. She speaks in schools, telling her story of survival and the importance of keeping Fox’s dream of a cure for cancer alive through fundraising. 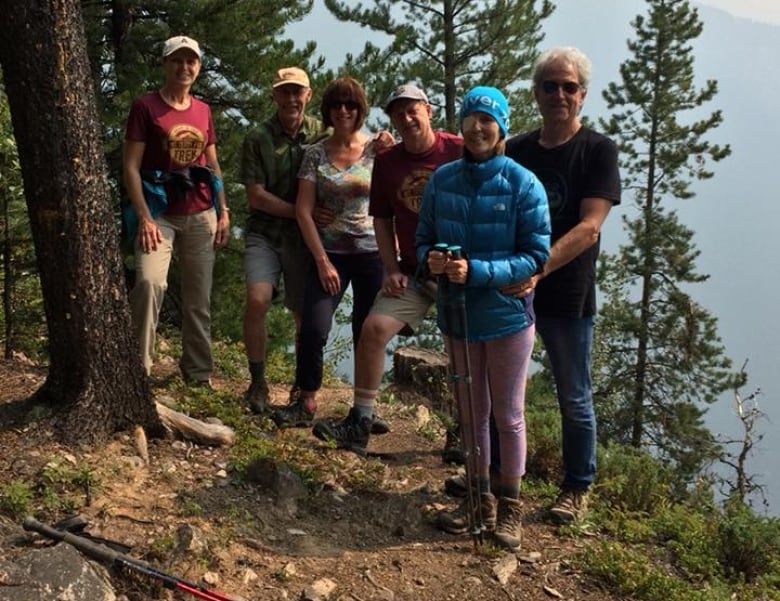 ‘I always planned trips, or something like the Terry Fox Trek, something to look forward to all the time,’ when she was going through treatment says Fuller, in the blue jacket. (Submitted by Michelle Fuller)

And Fuller is physically active, saying it helps control her ongoing pain.

“I have some pain in my lungs and in my [chest] cavity but it’s manageable. I’m fairly active and I find that when I exercise is when I don’t feel pain,” she said.

Last year she and her husband took part in the annual Mt. Terry Fox Trek, a one-day hike up Terry Fox Mountain in B.C.

“It was the hardest thing I’ve ever done in my life but so rewarding. I couldn’t believe I did it,” Fuller said. “My body just about gave out on me. It was really challenging but I felt like I’d accomplished something fantastic.”

Fuller’s battle included a second round in 2012, when after 12 years free of cancer, it spread to her left lung and brain, requiring more surgery and chemotherapy, and recently more surgery on her right lung and chest wall.

‘Still very raw for me’

She decided to publish a book about her cancer journey to help her put it behind her, she said. 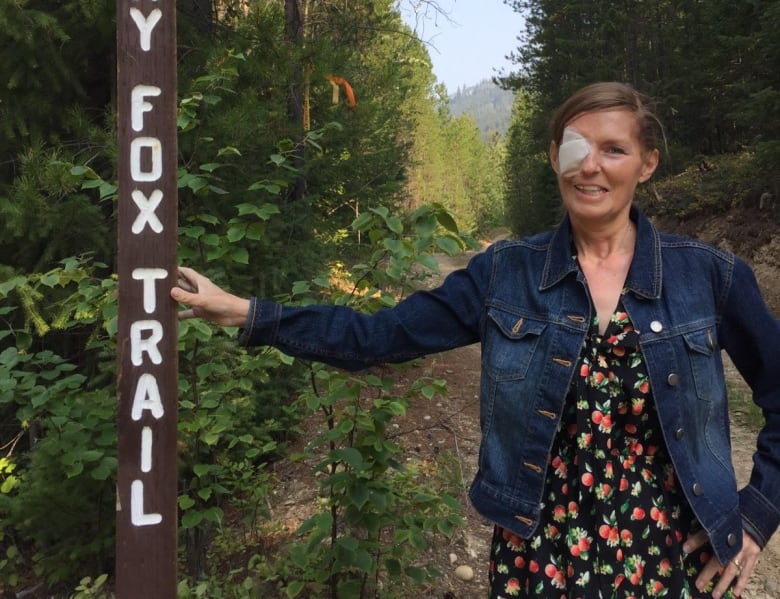 ‘We’re just happy to have extra time that cancer didn’t take away,’ says Fuller, who’s planning a trip back to P.E.I. with her husband this summer. (Submitted by Michelle Fuller )

“It’s still, even though it’s been such a long time, it’s still very raw for me,” she explained. “But I also wanted to give other cancer patients hope that they can make it through whatever trauma that they’re dealt.”

Fuller would also like medical professionals to read the book. She said she was misdiagnosed several times on her initial diagnosis and again on her second cancer battle, and has written letters to the College of Physicians and Surgeons asking for change in the system.

“I think that the communication is much better than it was back when I was initially diagnosed, but I still think there’s room for improvement in the health-care system,” she said.

A Fuller Life is available online and at Real Instruments on Maypoint Road in Charlottetown.

Camp in comfort at these gorgeous glamping spots this summer

A century after the Spanish flu hit N.S., historians now chronicling the impact

10 of the most interesting food scenes in America

How to decorate rooms in ‘Animal Crossing: New…

Where does the cork for wine stoppers come from?